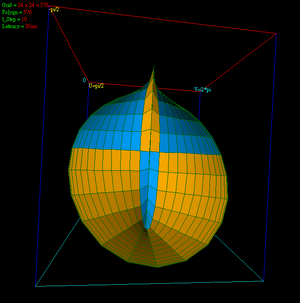 Due to a subtly altered strong nuclear force (known as the "subtle" force) and a nonexistent weak force, matter as we know it does not exist in Brizospace. The only vestiges of matter are infinitesimal particles known as Brizoparticles. However, Brizonium, the only element Brizoparticles can create, is able to exist in Brizospace under certain conditions, as seen in data from the Time Paradox of 1943. The element can only exist for a short period of time in Brizospace, however, and will disintigrate if not transported into the physical multiverse.

Chaos is as abundant in Brizospace as it is in our universe. However, in that Brizospace is a uniformly expanding pseudofractal space, chaos does not affect its shape, even though its expansion is the average total of the expansion of every point in the standard universe. In 2063, it was discovered that there was an "anti-Brizospace": a Brizospace where all brizoparticles and energy within was uniform, but the space itself was expanding and reshaping chaotically and constantly. This became known as "Chaotic Brizospace", whereas the term "anti-Brizospace" will go to the Brizospace which has opposite natural laws, if it is ever discovered. 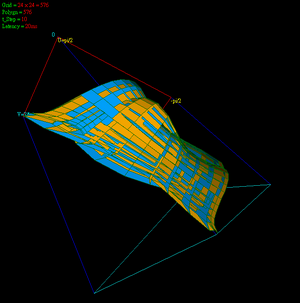 Brizospace accelerators were once used in the major ring of the Isaacland Polaron Synchotron. They worked through turning matter into energy through Brizospace Energy Extraction and channeling it through superspace into momentum in a polaron. However, after the first year of operation the IPS switched to using BRB-powered Polaron Acceleration Field Generators.

Its current importance in the GSOT is #4.

Retrieved from "https://technobabble.fandom.com/wiki/Brizospace?oldid=3732"
Community content is available under CC-BY-SA unless otherwise noted.